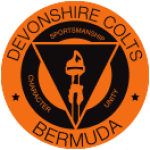 The Devonshire Colts Football Club was established in 1958, due to the efforts of Mr. Edward DeJean and Mr. Braxton Burgess. These men were members of the Howard Academy, aka Skinners School, in Bermuda. DeJean was the principal while Burgess was a physical education teacher.

Mr. DeJean’s philosophy was to harness the learning potential of a student through the application of sporting activity and competition. His vision was to use sports as a platform for motivating longer periods of concentration in addition to higher levels of contemplation with the focused outcome of practical benefit. With this vision at the forefront of their training, Dejean and Burgess groomed the all boys’ school football team to become one of the best in Bermuda.

Following their school level successes, the Howard Academy team moved on to participating in practice matches with local men’s football teams which subsequently led to the application and entry into the Bermuda Football Union. Since it’s inception, Devonshire Colts has not only had a significant presence on the football field, but following the original philosophy of combining sports with learning, has also seen successes in both the netball and bowling arena.